FlyoverWorks is now part of Cultivate Labs! Check us out here.

Articles and tips from your smart, witty, and talented FW employees.

I'm back with an update on my 2nd and 3rd weeks of front-end development class. Have you been doing nothing else in your life but waiting for this update? I thought so!

In week 2 we dove deeper into HTML. We learned more about how to structure the page properly using HTML 5 sectioning elements and divs. This allows the creation of ID's and Class's that make styling our pages with CSS much easier. All of these concepts were easy for me to grasp and made me feel like I was able to organize my files in a way that made sense.

We also covered more of the styling we can do with CSS. We learned about the Box Model which controls the spacing around different pieces of content on our page. The box model made me pretty happy. The OCD designer in me got a lot of joy in being able to nudge the elements on my page a pixel or two so that they were just where I wanted them to be. We also covered how we can manipulate the layout of a page with CSS by using floats, clears, and how to display elements to suit the design best. Floats got a little tricky, they are what allows elements on a page to stay to a certain side or follow in a row with other elements. I started getting frustrated when I couldn't get the right column of my page where I wanted it, but after some fiddling, it worked and I was proud. I was ready to keep tackling the rest of the coding for the page we had to create: a mock up of a travel blog.

We were given a designed image of what the final blog should look like and had to create code from scratch to match it. It was required to have two columns, floated elements, and clean HTML structure. Google helped me figure out some things I wasn't sure how to create, and I ended up happy with how my file came out. I added some hover states to all of my clickable elements too, just because I could...

Week 3 made me a little nervous, because I had to miss one class while on vacation in LA. Luckily the class I missed was a lab day where everyone had the whole class time to work on coding to match another designed image we were provided. I worked on mine on the plane, and I was surprised at how much of it I accomplished without having internet accessibly as a crutch (I was not paying $8 to use Southwest's crappy wifi). I did however bug my boyfriend between his naps a number of times to see if he knew some of the things I was stuck on. By the end of my 4 hour flight, I had a pretty nice looking page! Once I was on the ground and had wifi I had to look up some fancy styles I wasn't sure how to create and was able to send my homework in on time. I might have forgotten the time change from Chicago to LA so it was a little late technically, but Sarah my teacher was understanding and didn't yell at me. 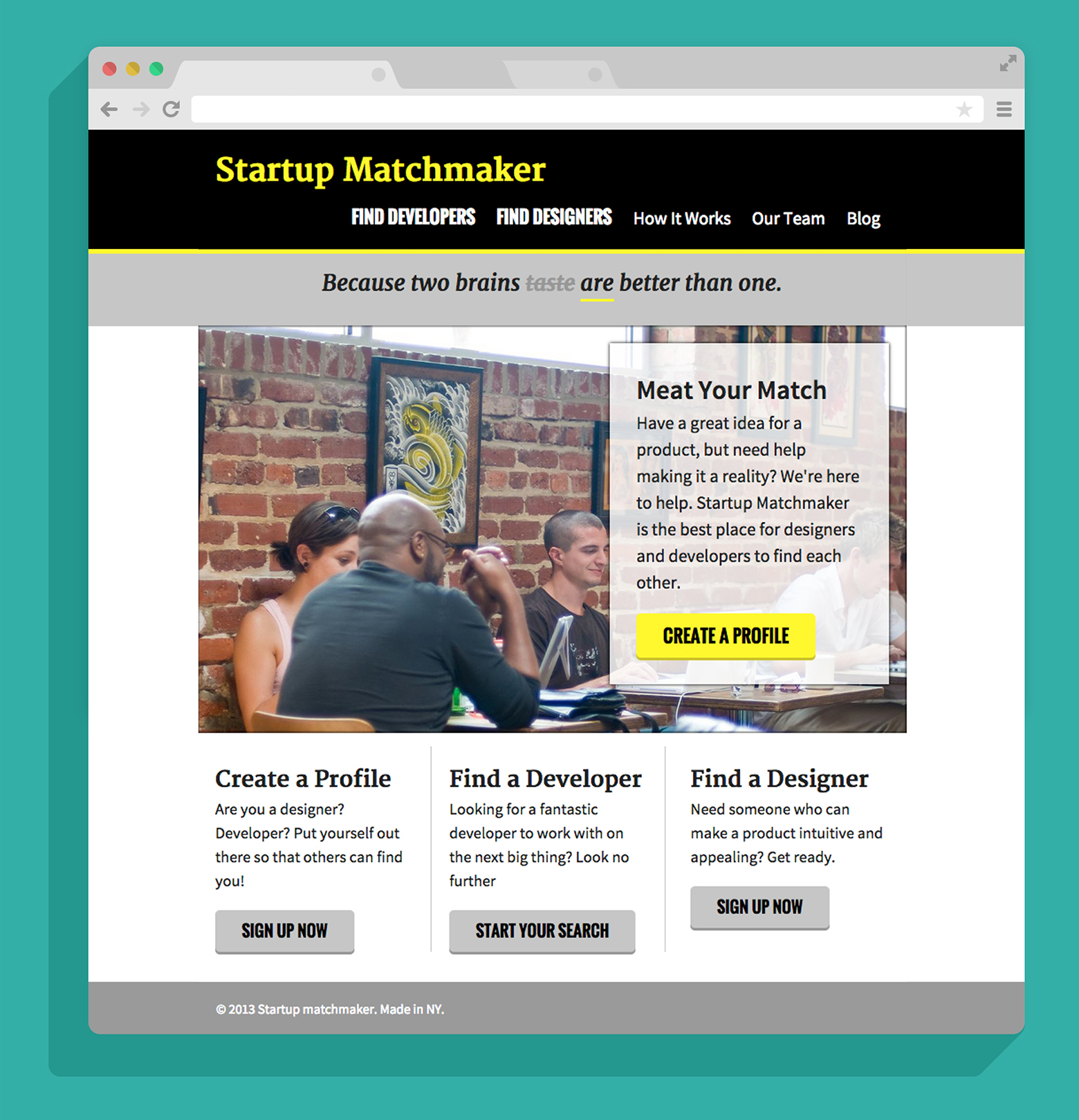 For Wednesday's class during week 3 I had just enough time after landing back in Chicago to run and shower before heading to 1871. We covered the basics on programming and started to learn how to interface directly with the computer so that it does what you want it to. For homework we had a bunch of reading to do since we are starting JAVASCRIPT next!! Eeeeeee! I'm sure my next post will be filled with lots of ups and downs, but I know I can conquer it!... I hope.